5G offers a unique set of benefits to both IoT operators and traditional mobile communication users: It has a much higher bandwidth, higher capacity, and lower latency than 4G. To achieve this, 5G sacrifices range and power consumption, making it virtually a polar opposite to the features of an LPWAN. 5G also comes with network slicing capabilities, which allows only a “slice” of a network to be dedicated to IoT.

In 1979, 1G was introduced as the first generation of cellular technology. In 1991, 2G was introduced, which enabled its users to share MMS (image and video files), as well as text messages. 3G mainly brought innovation in terms of bandwidths and latency. 4G was first introduced in 2009 and increased networking speed tenfold compared to 3G.

Nowadays, 5G is the next generation of mobile networks and is currently being rolled out. It operates on the 600MHz, 2.5GHz, 28GHz, and 39GHz spectrum. In theory, 5G should be able to achieve speeds of up to 20Gbps, however realistically, the current maximum speed hovers around 2Gbps for commercially deployed networks.

5G’s speed may be around 20 times faster than the speed of 4G. For the average private smartphone users, this provides numerous benefits. With regard to IoT, most IoT-enabled devices don’t need to transmit large data-files. However, if they do, 5G or 4G may be a viable option when picking a communication standard.

As mentioned, 5G utilizes frequencies that are much higher, which means the wavelength of a 5G transmission is much shorter. This has several benefits for IoT network operators:

5G has a latency of around 1ms. This makes 5G an ideal communication standard for IoT applications, where time is a major factor. IoT-enabled sensors are able to transmit gathered data extremely fast, while IoT-enable actuators can receive this data just as fast and perform certain tasks within milliseconds.

Based on the characteristics mentioned above, the following 5G IoT use cases become evident. Your IoT network may benefit from our 5G IoT solutions if:

5G will transform both traditional mobile communication and the IoT and M2M landscape. It will allow for many new IoT applications, that were simply not feasible with previous standards, especially in population-dense urban areas. Consumers, corporations, industries and governments are set to benefit from 5G and what is referred to the “5G triangle”, which categorizes 5G applications into: 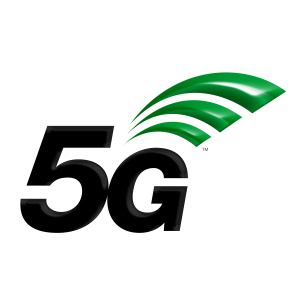 Talk to us about 5G

We are ready to lead you into the future of digitalization and IoT.